Hundreds of individuals submitted applications, which selectors reviewed in three rounds culminating in final interviews over the past two weekends in Amman and New York. The selectors were deeply impressed by the drive and calibre of all applicants and particularly the commitment of the selected Scholars to serving in their home countries. The Scholars-elect will begin their studies at Oxford in the autumn of 2017.

Two new Scholarships for the Middle East region ere launched in May 2016, <please link to new version of this in new website> in partnership with the Saïd Foundation. They have been enabled by the leadership and generosity of the Saïd Foundation, and through matched funding from the University of Oxford and selected colleges. While initially only two Scholarships were available for the region, an additional one was generously offered for this year, as a testament to the talent and accomplishments of the region’s youth. The third Scholarship has been generously funded by an anonymous donor.

Mr Wafic Saïd, Founder and Chairman of the Saïd Foundation, said of this momentous occasion: “I am delighted that three such outstanding students will be arriving in Oxford in the autumn from the SJLP region. They are representative of the many exceptional young people whose talents, determination, courage and commitment will build a better future for the region. The Saïd Foundation wishes the best of luck to these inspiring pioneers and the many generations of SJLP Rhodes Scholars who will follow them.”

Charles Conn, Warden and CEO of the Rhodes Trust added: “Our aspiration is to identify and support innovative, energetic and ethical young leaders globally. The addition of these new Scholars from regions that have an important international role to play in the 21st century marks a substantial step in that direction. We see the value of additional cultural diversity in our cohorts of Scholars every day: they learn from each other in profound ways, leaving behind the narrow interests of individual nationalities. The new Rhodes Scholars from the SJLP region will contribute significantly through sharing their skills, experiences and energy with their peers at Oxford and we look forward to welcoming them to Rhodes House. ”

The applications for the next round of admission for Rhodes for SJLP open in early summer 2017.

Nur Arafeh is a researcher in economic development from East Jerusalem. She has a dual BA degree in political science and economics from the Paris Institute of Political Studies-Sciences Po and Columbia University, and holds an MPhil degree in development studies from the University of Cambridge. She was a Teaching Assistant at Columbia and a Visiting Lecturer at Al-Quds Bard College. Nur is currently the Palestine-based Policy Fellow of Al-Shabaka: The Palestinian Policy Network, working on policy-oriented research.As a strong believer in the role of the public intellectual, she seeks to engage with a wider audience by writing op-eds on the Palestinian economy, in Arabic, English and French. Her articles appeared in Al-Akhbar, Al-Jazeera, The Hill, Le Monde Diplomatique and Open Democracy, among other outlets. At Oxford, she will pursue a DPhil in international development, a vital step to attain her objective as an engaged and impactful scholar, playing a leading role in development policy in the Arab world.

Hashem Abu Shama will graduate from Earlham College with a degree in Peace & Global Studies. He grew up in Arroub Refugee Camp in Palestine. In 2015, Hashem became the first-ever Youth Representative of Palestine Refugees at the United Nations. Hasheem managed to cover the outstanding expenses of his undergraduate education through a fundraising campaign that included an online page, individual sponsorship, a speaking tour, and winning grants. While at Earlham, he served as the President of the Earlham Student Government. While at Oxford, Hashem hopes to pursue an MSc in Global Governance and Diplomacy and an MSc in Refugee and Forced Migration Studies. Hashem hopes to continue his political advocacy for Palestine and to establish a network of community centers in refugee camps across Palestine. 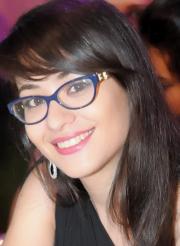 Diala Al Masri holds a BA degree in International Affairs from the Lebanese American University and an MA degree in Policy Economics through a Fulbright scholarship from Center for Development Economics (CDE) at Williams College. Diala is currently working as a research assistant in economics at Williams. She was a laureate of the Harvard World Model United Nations 2013 Diplomacy Award and was the Under Secretary General for School Relations and Outreach in the UNA-USA GC LAU Model United Nations, 2012-2013. She has served with multiple NGOs in Lebanon and due to her leadership role in civic engagement events, she has been awarded the Middle East Partnership Initiative (MEPI) Community Ambassador Award. Diala intends to pursue a DPhil in economics at Oxford University. Following her studies, Diala seeks to shape economic policies in the Middle East in ways that help overcome impediments to growth and to income equality in the context of fragile institutions and uncertainty.

The Rhodes Scholarships are postgraduate awards supporting outstanding all-round students at the University of Oxford, and providing transformative opportunities for exceptional individuals. Established in 1903, the Rhodes is the oldest and perhaps the most prestigious international graduate scholarship programme in the world. In short, Scholarship selection committees seek young women and men of outstanding intellect, character, leadership, and commitment to service. They support students who demonstrate a strong propensity to emerge as 'leaders for the world's future'. At Oxford, the oldest university in the English-speaking world, Rhodes Scholars join just over 20,000 students from more than 140 countries currently studying at the University, and are enriched by the stimulating and rigorous education and the vibrant cultural and community life. The Rhodes Trust provides the existing Rhodes Scholarships in partnership with the Second Century Founders, John McCall MacBain O.C. and The Atlantic Philanthropies, and other generous benefactors.

Over the last 30 years, the Saïd Foundation has brought hundreds of students from the SJLP region to study at British universities. It also now supports over 200 Syrian refugee students to attend universities in Jordan and Lebanon. It has endowed the SJLP Rhodes Scholarships in perpetuity with the support of Oxford University and certain colleges. Click here for more information about the Saïd Foundation: http://www.saidfoundation.org.